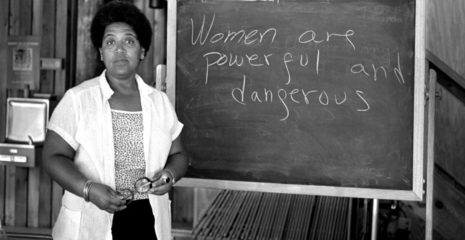 This program is a continuation of Lorde’s connection to Stamford, which was inspired by a commissioned art project for the Franklin Street Works 2017 exhibition, “The Work of Love, The Queer of Labor,”  by the Swedish artist collective YES! Association/Föreningen JA! Their site-specific work, “A New Spelling of a Street: A Tribute to Audre Lorde,” aims to honor Lorde, who described herself as a “black, lesbian, feminist, warrior, poet, and mother.” In the 1950s Lorde worked at Keystone Electronics, located at One Dock St. in the South End of Stamford, where she also met her first girlfriend. Yes! Association’s project includes a request to change the name of One Dock St. to Audre Lorde St. in honor of this important American figure. This program is designed to inform the community in South End Stamford and beyond about Lorde’s life, work, and history in Stamford, Connecticut.