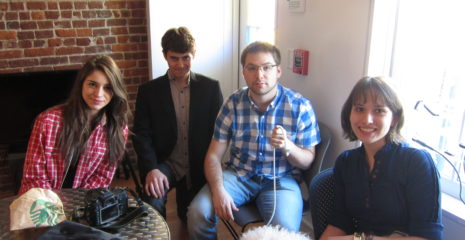 Franklin Street Works proudly presents a night with the writers, producers and directors of a local, up-and-coming network for new online comedy programs. NPeaches creates original and often humorous shows such as the satirical “Ronaldo Tours,” where an Italian-American character explores cities — from New Haven to Toronto — giving his humorous, fish-out-of-water take on local cultural phenomena. Based in the Stamford area, NPeaches aims to contribute to social and political change through the lens of comedy. We invite you to screen “Ronaldo Tour” episodes and chat with the producers, directors, and other collaborators on this, often mischievous and always provocative, creative enterprise. This free, public event is March 29, 5:30 – 7:30 at Franklin Street Works. The evening will begin with a short talk, which will be followed by a casual, social reception with cast, crew, and creatives.