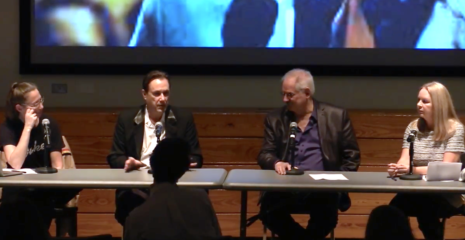 CHECK OUT VIDEO DOCUMENTATION OF THE PANEL

We discussed Rouse’s avant-garde opera, “Dennis Cleveland,” which was first performed at The Kitchen in New York City in 1996 and is based on the structure of daytime TV talk shows, at a panel discussion on Thursday, Nov. 16. The event was held at The Ferguson Library, 96 Broad Street, Stamford. The panel was a free, educational program for “I hear it everywhere I go,” as group exhibition curated by Terri C Smith that included video documentation of  “Dennis Cleveland” at Lincoln Center in 2002.